Photo: There was no truth in the rumour that the wine for the post ride pasta party was supplied by the local hospital.

Most of today’s madness was off the bike. After 150km yesterday I paid the price in the Mediofondo di San Giorgio. It was only 75km with 1,094m climbing but I was really suffering in the first half. I was struggling at the back of the field. The half way control and “restoro” couldn’t come quick enough. After loading up with cake and fizzy drinks (the only time I ever drink that stuff) I felt so much better and was fine for the rest of the ride. We, La Centinarolese, came third. That’s when the madness started.

Photo: Prizes are usually food and wine, hence the paper bag with our goodies of pasta, prosciutto, salami and wine.

Mediofondo’s are held all over Italy during the season. We don’t race but we get points. In this event we got 1 point for registering, 4 for getting to the first control point, 3 for the second (and last) control. Bizarrely there is no control point at the finish so no points for finishing! I don’t understand that either.

We’re a relatively small club but nearly half our membership registered, turned up and completed the event. The madness of it is that a much bigger club, called and sponsored by Scavolini, ‘won’ the event without even turning up. They registered so many riders, but only a few actually rode, that they amassed enough points to win. Only in Italy can you win without even taking part.

We were then treated to post lunch entertainment. One of the leading lights of another club stood up to tell cycling related jokes. The club in question is Asd Pantere Rosa, The Pink Panthers. It’s a women only club and she is 76 years old and still going strong, both on the bike and telling jokes.

Finally, one of our members, let’s just call him Mad Marco, decided to show off one of our prizes in a way that only an Italian man would … 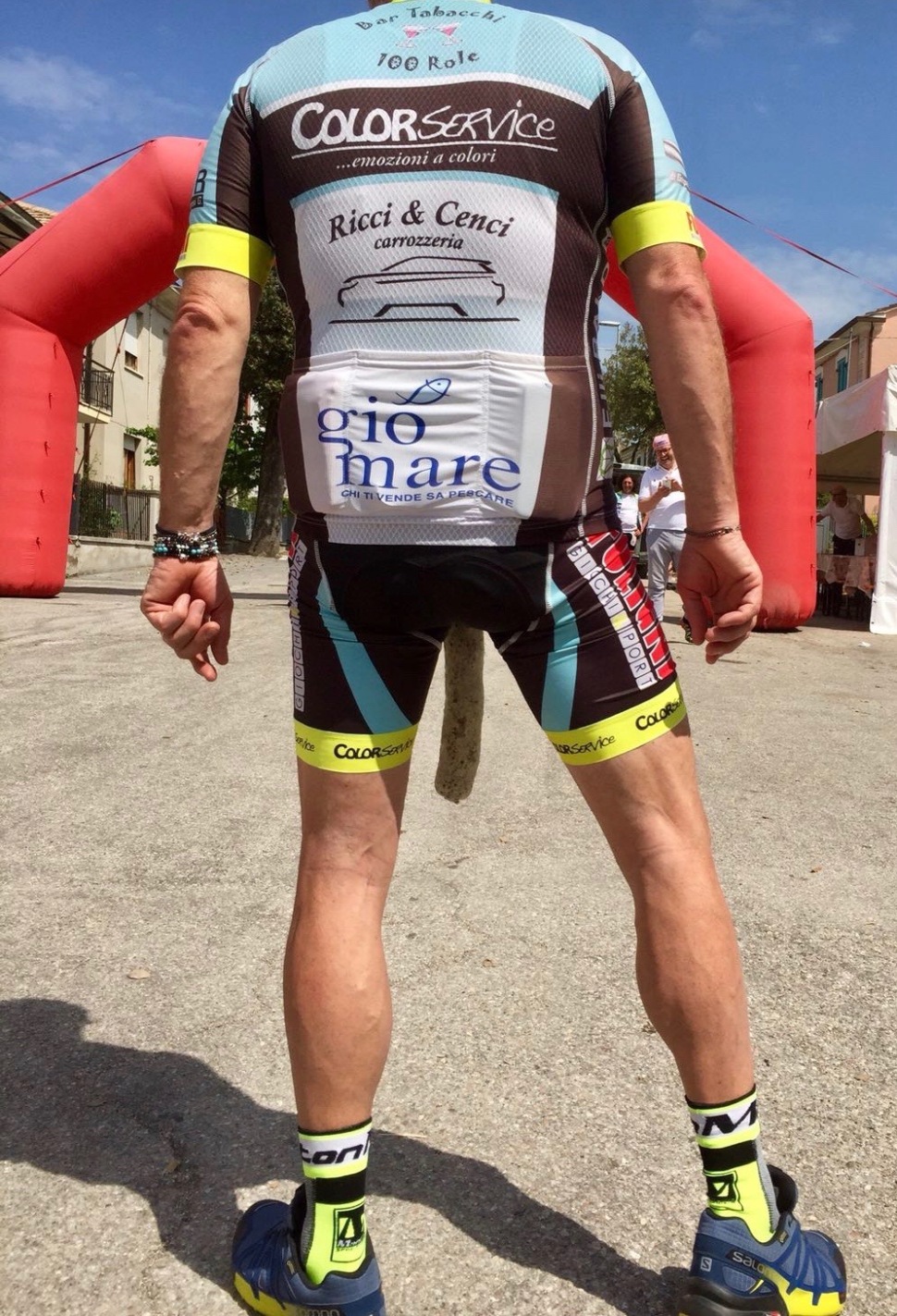