Photo: Finishing a ride with fish and beer, courtesy of GioMare and Patti.

A year go I organised the first twinning event between my two clubs, Islington Cycling Club and La Centinarolese (I Pansèr). Since then, the Pansèrs have been to London, friendships have blossomed, new WhatsApp groups have formed and people in both clubs are learning each other’s language.

Abi and Hannah asked to pop over for a couple rides with the Pansèrs. We only had one weekend free in September so they booked it.  It turned out to be both the first anniversary of the twinning weekend and when they first met.

The Pansèrs very kindly organised bikes for them so they could travel light. Their alarms went off at 3am Friday morning to catch the flight to Ancona. We decided to keep them awake on the way from the airport by driving with the top down, then a coffee stop to keep them going.

After pedal swaps, seat post adjustments and a quick test ride the real fun could begin with aperitivi in Fano. Not before Abi managed a swim in the Adriatic. 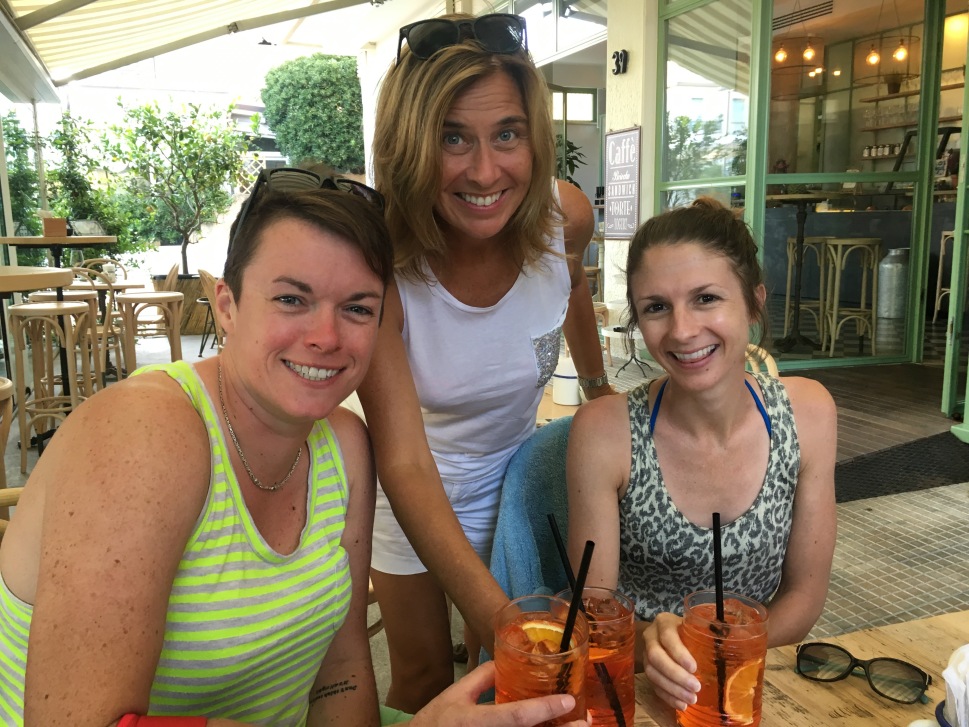 At the welcome dinner that night Abi and Hannah presented ICC gifts to those that had lent them bikes. The club President, Lorenzo, presented them with Pansèr key rings. Gio and Hannah challenged each other in a bizarre game of ‘ Who could make the best instant moustache?’ Such simple pleasures. 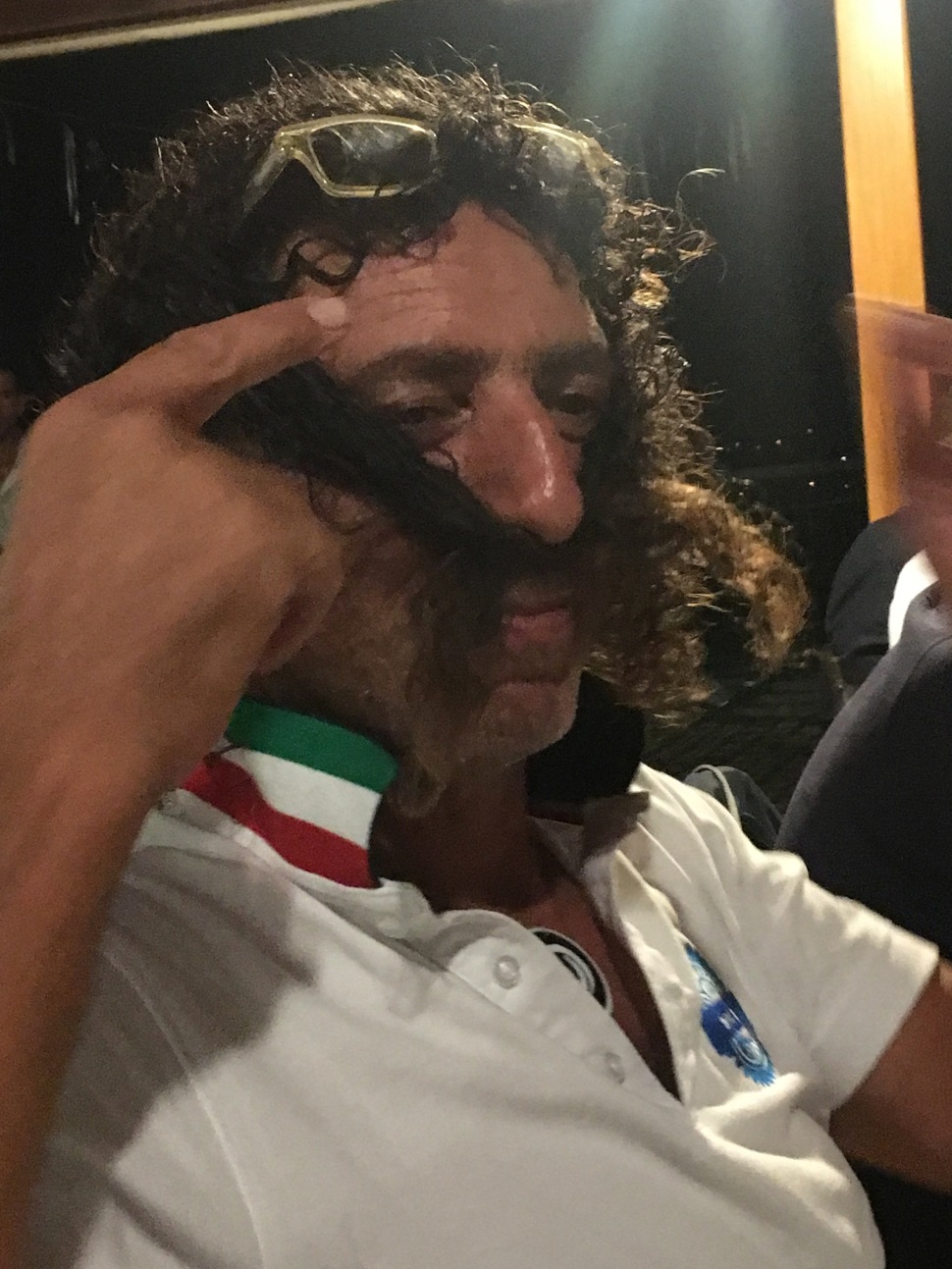 Later, the conversation got onto football. Loris, the Pansèr Club Secretary predicted Tottenham Hotspur 2 – Liverpool 1 for the match the following day. Abi and Jan, both ardent Reds countered with Spurs 1 – Liverpool 2.

Our ride on the Saturday was to the renaissance city of Urbino, via a climb called the Alce Nero (Black Elk). Without too much effort, and on a borrowed bike, Hannah beat my PB for the 7.3km 6% climb by more than 3 minutes to claim the ICC Strava Club crown.

Photo: 7 ICC caps being worn by Pansèrs in Urbino. More than on an ICC ride!

With all the climbing done we could enjoy a coffee or two, except Marco who decided on a more appropriate way to toast the weekend. 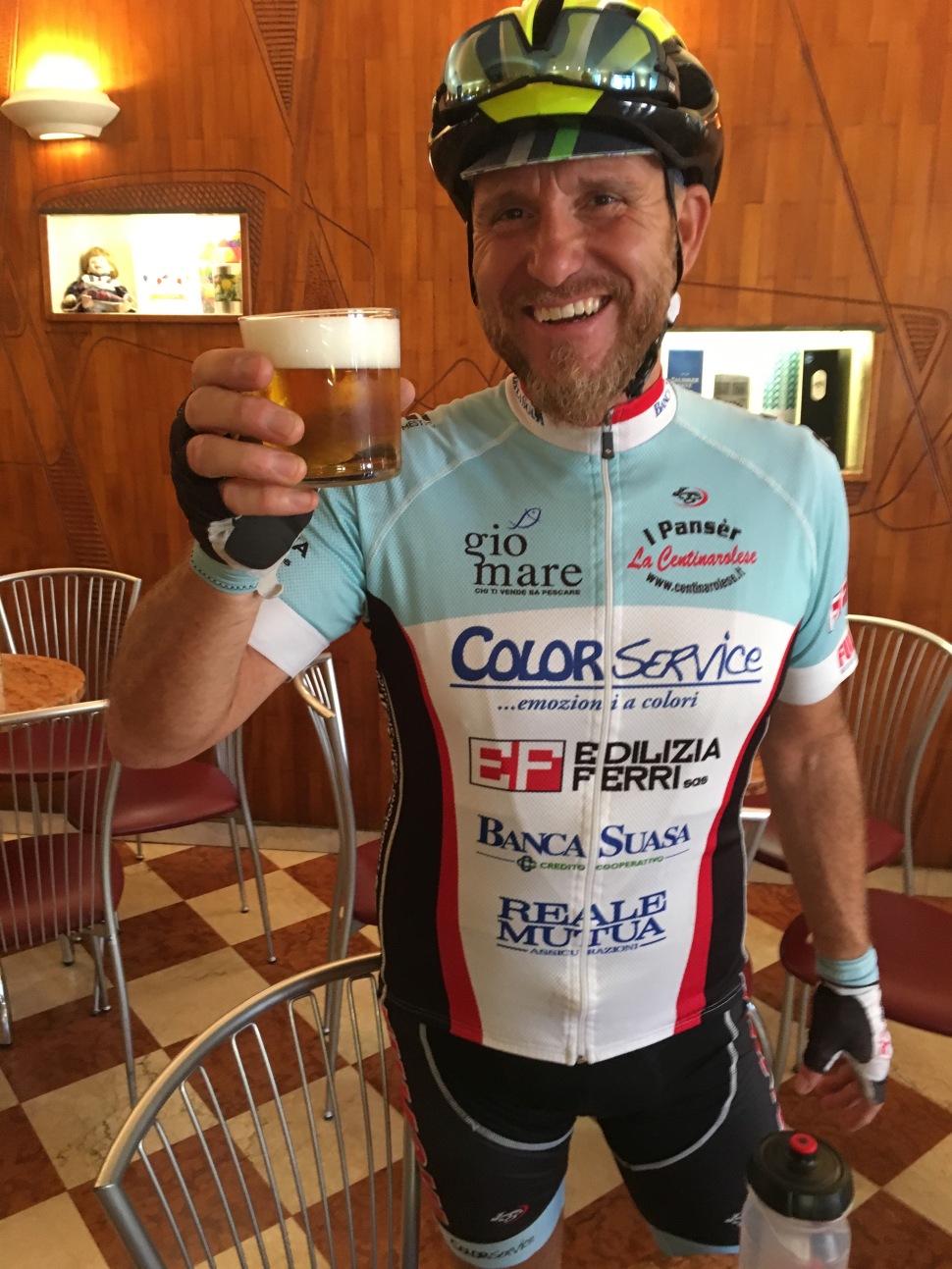 How many of you have ever finished a ride in a fish shop? Not many I suspect. GioMare and Patti laid on a very generous spread of fish and beer in their shop in Calcinelli. All in Abi and Hannah’s honour. Such wonderful people.

I’m not sure that doing something twice constitutes a tradition, but we’ve established one. Sunday’s ride is the Panoramica. To mark the occasion Sabrina re-created her pose from the year before. We will have to make it a hat-trick on next year’s trip. 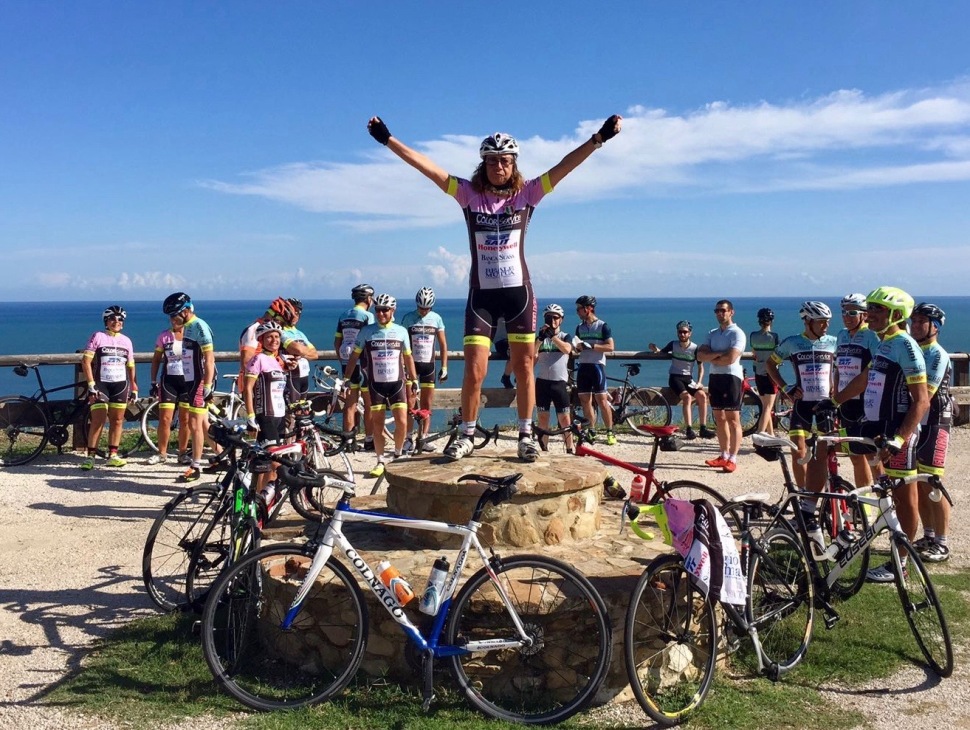 Photo: Nadia (in the ICC jersey presented to the Pansèrs on their trip to London in June), Abi and Hannah.

On the way back for beer and nibbles at the bar, we stopped by the beach for chat and photos.

One of us is missing from this photo. Abi decided to dump her shoes and top and head for one last swim.

Back at the bar, the Pansèrs had laid on loads of nibbles and beers. Chat, jokes, tongue twisters and taking the piss in both languages. A great way to finish the weekend. 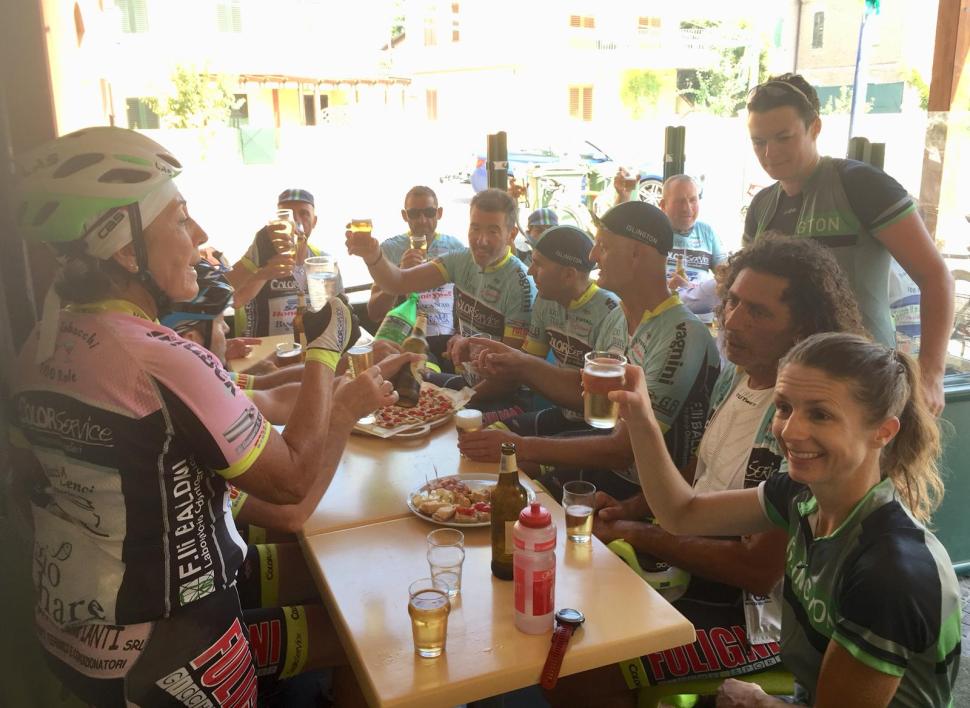 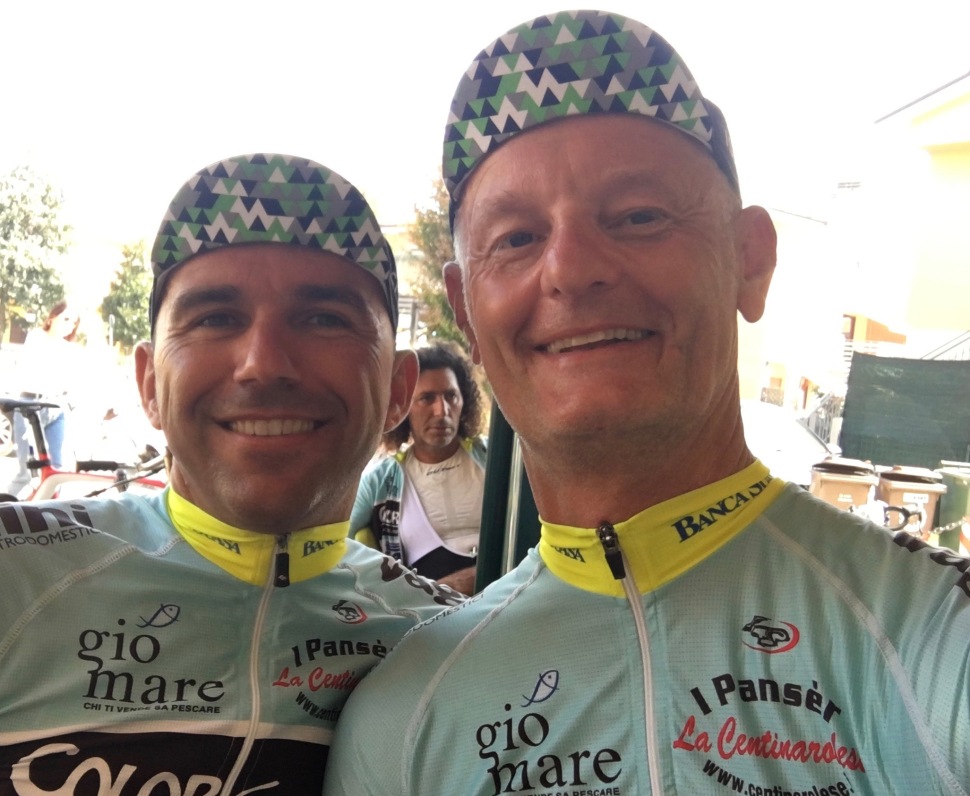 What a great weekend, thanks to my fellow Pansèrs, Abi, Hannah and of course Jan.